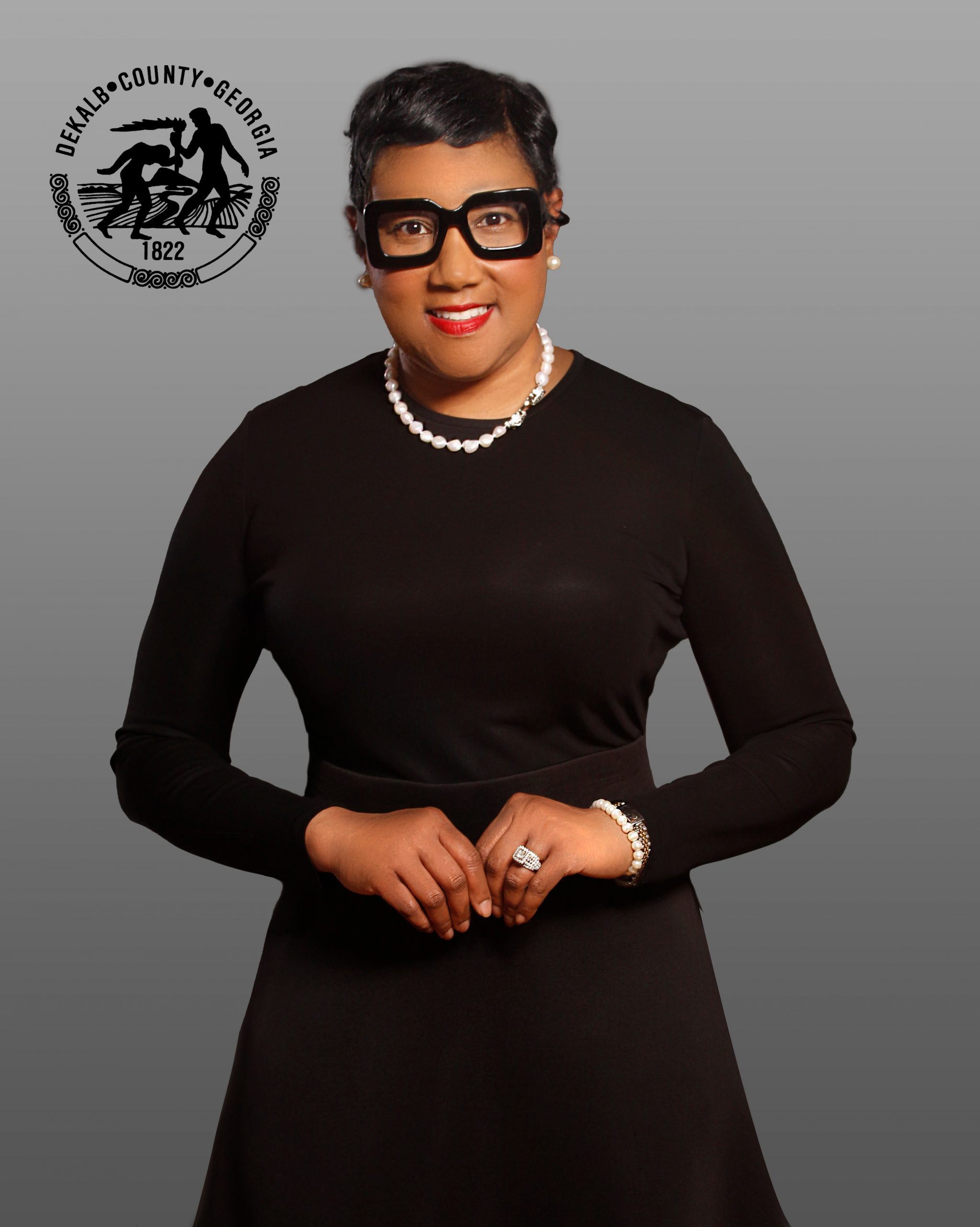 Lorraine Cochran-Johnson is originally from Greenville, Alabama and a twenty-two-year DeKalb County, Georgia resident. Lorraine attended Troy University where she received a B.S. degree in Political Science and Criminal Justice; a M.S. in The Administration of Criminal Justice and received an M.P.A. in Public Administration with a concentration in Economic Development and Grant Writing from Auburn University before attending John Marshall Law School. Lorraine holds a business certificate from Harvard University in Delivering Public Services: Efficiency, Equity and Quality.

Lorraine has over two decades of experience in print media, mass communications, and management. A seasoned grant writer, Lorraine has developed state and federal proposals resulting in the procurement of millions in CDBG funding for state and local entities through the Auburn University Economic Development Institute.

As a parent, Lorraine is a past PTA president of Pine Ridge Elementary, Chapel Hill Middle School, and Martin Luther King, Jr. High School. She independently secured over $200,000 in funding for school revitalization and digital technology in 2017, while donating $250,000 in 2020 for COVID relief to ensure the safety of educators and students. Lorraine strongly supports positive initiatives in economic development, education, public safety and home ownership. As the former moderator of DeKalb’s PDS-24 television show EngagementNow, Lorraine worked with show producers to develop content crafted around issues relevant to modern education. Lorraine is the current Parent Council President for 2021-2022 of Agnes Scott College, where she serves as the official parental ambassador of the college.

As a professional, Lorraine spent over a decade at Creative Loafing Newspaper. An entrepreneur, Lorraine founded Salons Unlimited Magazine, a publication that started with 5,000 print issues in Atlanta and grew to a 56,000 circulation in 31 U.S. cities in three years before being sold in 2010. In 2009, Lorraine became a founding member of United Front Media, a premiere film and visual media company specializing in content development where she produced commercials for the City of Atlanta, MARTA, KIA and Hartsfield-Jackson International Airport. In 2015, Lorraine joined Real Times Media as the General Manager of the Atlanta Daily World Newspaper and Associate Publisher of Who’s Who In Black Atlanta. She was the VP of Business Development for RTM Properties – AtlantaDailyWorld.com and Atlanta Tribune: The Magazine, before resigning to pursue public service full-time during her 2018 campaign.

Lorraine is the wife of U.S.A.F. Ret. Pilot Lt. Colonel William H. Johnson, III and the niece to her beloved aunt Annie Page and the mother of Agnes Scott College junior Zion Cochran. Lorraine values God, family, and community above all else.